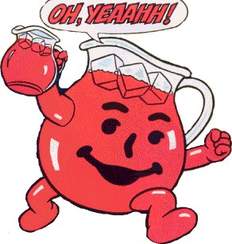 There are many sounds I have come to love over the years. But as a pastor there are two I want to call to your attention.

First is the sound during the sermon of people turning the pages of their Bibles as they follow along with the pastor. I’ve heard it on YouTube from the massive cavern of Grace Community Church where John MacArthur is pastor. I’ve heard it over on South Prairie Avenue in Pueblo at New Life Bible Church. But it’s an immense delight when I hear it echo in our chapel-size building at Pueblo West Baptist.

Second is the sound of people’s comments and observations as they report what they’re reading in the Bible. Whether it’s a giggle stemming from trying to pronounce Joseph’s Egyptian moniker, Zaphenath-paneah, or the quizzical comment about what exactly Jesus meant with one of his pithy parables. And then there’s the thoughtful observation of God’s multi-faceted rule and reign over all things and finally getting what Isaiah meant when he said the Lord declares the end from the beginning.

With all that, I commend you for being disciplined Bible readers. And I encourage you to plod along. Frantic, fitful reading isn’t the way to go. Line by line, precept upon precept, slogging as necessary is.

But now let me tell you of the absence of a sound for which I’m grateful.

I thank the Lord that in our church, on every given Sunday, there are men who come prepared to teach the Bible. I love that, in my experience sitting under their teaching, I’ve never once heard them ask their students, ‘What does this verse mean to you?’ Zip, nada, nyet. No not once.

That silence is golden.

Which leads me to the excerpt below written by Douglas Wilson, a pastor from Moscow, Idaho.

As you may recall the past few newsletters I’ve written about gay Christianity here, here and here. I’ve made my arguments from what the Bible says. Keep that in mind as you read the following from Wilson.

For a long time now, many well-meaning evangelicals have been sitting in Bible studies where someone would read the passage, and then the first question asked by the leader was something like “now what does this verse mean to you?” …

So, we should not care what this verse means to you or to me. Our task as interpreters is to find out what the verse would have meant had you and I never been born. What does God’s Word say? Once that is determined, and only when that is determined, it is then permitted (and necessary) to inquire what we intend to do about it.

Notice that when we make this shift, we are placing ourselves under the authority of Scripture. When we rush to what we call “application” first, we are placing Scripture under the authority of our misguided experiences. But that passage meant what it meant long before you were born, which means that the meaning was objective and externally fixed and settled before the first person who ever misunderstood your feelings did so. *

Wilson goes on to speak of the poison of subjectivism, which is what this kind of so-called Bible study is. Sipped in its nice, sentimental sweetness, it anesthetizes sinners to the authority of what God has written.

Here’s why I asked you to keep in mind what I’ve been writing about recently. One of the reasons gay Christianity is presently a thing isn’t because we have boatloads of professing Christians coming out of the closet. Rather, gay Christianity is becoming acceptable because boatloads of people have drunk the poisoned Kool-Aid of determining the meaning of the Bible according to their experience. Decades of ‘what-this-means-to-me‘ interpretation has given false confidence to those who have not received the Scriptures for what they really are, the word of God, thus neutering Christ-honoring conviction that comes as a result.

If the Bible means what I want it to mean for me, then who am I to judge the guy dressed like Liza Minelli who wants it to mean something different for him, or her? And sadly, someone in pew 11 just responded: Well now, we just can’t put God in a box, can we.”

To which the unchanging, living and abiding Word patiently but unequivocally warns this generation: Having a form of godliness they will deny its power… always learning and never able to come to the knowledge of the truth… They will not endure sound doctrine; but wanting to have their ears tickled, they will accumulate for themselves teachers in accordance to their own desires, 4 and will turn away their ears from the truth. – II Timothy 3-4